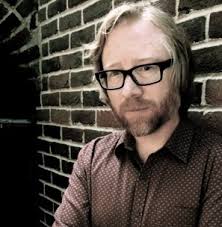 Darren is a musician with a rapidly growing profile on the folk/acoustic scene. Described by Rock ‘n’ Reel magazine as ‘a name to note’, he hails from a quiet corner of the Welsh valleys and carries a heart-felt honesty in his music.

With voice, guitar and fiddle, he performs his own thought-provoking songs and tunes, and ‘has an incisive flair for blurring the boundaries between the traditional and contemporary’.

2007 saw the release of Darren’s debut album, the acclaimed ‘Silent Poetry’. After opening several shows for Dave Swarbrick & Martin Carthy, he was invited to record it at Swarb’s home studio. The follow-up ‘Thinkers & fools’, was released in Autumn 2008, this time with an array of instrumental arrangements, and featuring guest musicians including Joe Broughton (who also produced it), Kevin Dempsey and Dave Swarbrick.

Aside from his solo work, he also performs with ex-Blue Horses fiddle-player Deborah Peake, as the duo ‘Black Peak’. Their debut EP ‘Tales we might know’ was released in Autumn 2009, and they are currently writing material for their debut album, to be recorded in 2011. He also occasionally plays as a trio with Kevin Dempsey and The Old Dance School’s Helen Lancaster, and plays fiddle with Naomi Bedford alongside The Men They Couldn’t Hang’s Paul Simmonds.