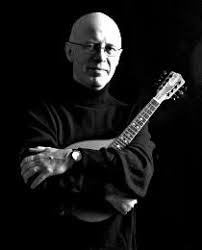 The Goose first saw Donal singing at the Cellar Upstairs and deffo wanted to invite him to support Dick Gaughan!

Like so many other young Irish kids, Dónal was affected by the charismatic Clancy brothers and their triumphal return to Ireland from the USA, in the early 60s. Whilst admiring Luke Kelly’s strident style, Dónal soon became enamoured of the high style exemplified by Joe Heaney, Paddy Tunney and Elizabeth Cronin.

His emigration to England as a fifteen-year-old paradoxically accelerated his interest in Irish music and culture. The London Singers Workshop helped to develop his singing and he became a resident at the Singers Club, joining Ewan MacColl, Peggy Seeger, John Faulkner, Sandra Kerr, Terry Yarnell et al. Séamus Ennis and A.L. Lloyd had earlier been resident at the club.

Dónal helped to the set up the Knave of Clubs in Bethnal Green, East London, together with Yarnell, Faulkner, Kerr and other members of agitprop group Combine. Latterly, Dolores Keane joined the residents. Dónal moved to Lancashire in 1976 and soon teamed up with virtuoso 2-row accordion player Liam Webster. They played together for over 20 years.

While Dónal has been primarily associated with unaccompanied singing, he has significant other ‘strings to his bow’. He is a fine interpreter of contemporary material, as well as an excellent singer of traditional material, and can accompany himself on a range of stringed instruments. He is universally recognised as one of the finest players of Irish dance music on mandolin and tenor banjo.