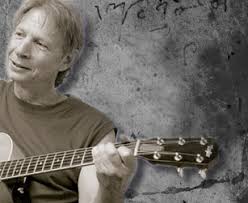 Bob Rafkin came over from the States to do this gig for the Goose, and what an excellent night it was!

Bob is a premier acoustic guitarist, songwriter and performer. His roots go back to the late 60’s music scene of New York’s Greenwich Village, San Francisco and Los Angeles. He performed as a back up guitarist for many artists including; Joni Mitchell, Arlo Guthrie, Phil Ochs, The Everly Brothers and Eric Andersen. His song Lazy Waters was recorded by the Byrds.

On stage, as a solo performer, Rafkin’s powerful guitar playing weaves magically through his poignant lyrical vocals. His delivery is spontaneous and strong. Bob has released seven CDs, including his latest, Songs Of Bob Rafkin.